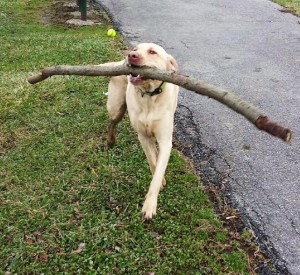 How many times have you stood next to your dog babbling his name only to see him look blankly around at anything BUT you? It is super easy to forget that dogs do not magically know their name because we decide it is so. And, if we are attempting to gain and keep attention on a walk; what would motivate your furry best friend to even glance your way once you start walking if he is less than interested before you even take a step towards the park?

Here are a few simple and QUICK tips to get your pup’s attention.

1. Practice his name three times a day. Seriously, it will take less than 10 seconds! However, the trick is to say it ONCE and wait. If your dog is a rock star at ignoring you; be sure to do this in the house first. While you are waiting, count in your head how long it takes your dog to look your way. Oh, it’s so hard not to say his name again, isn’t it? Let’s say it takes five seconds for him to look at you. That’s what we trainers like to call a benchmark. Now, say his name again just one time and if he graces you with his attention in five seconds or less; you better give him a little treat. If he just does not care and takes ten seconds, “yes” because he did what you wanted FINALLY. But, no treat because it took longer than you know he is capable of.

2. Now, if your dog’s response in the house, with no one around is molasses slow; you have some work to do on a daily basis. So, to help speed up the process while you practice his name with no distractions; do not try so hard to get his attention when you are competing with squirrels, dogs, bikes and kids with ice cream cones. Before heading out your door, and at every landing; stop and wait. Say nothing. When your dog looks at you, say “yes” and guess what? Use the walk as the reward! Crazy, huh? If your dog learns that looking at YOU gets him one step closer to the great outdoors; you become way cooler with less work AND you use less treats.

3. If you have more than one dog, I like to have a cue that means “I want you both to pay attention”. However, what happens when there is more than one dog in the house is the one who ignores mom and dad is the one who GETS all the attention. It goes something like this, “Loki, Titus”, “Loki”, “LOKI”, “LOKI!” Take a wild stab who was ignoring their human. But, if you think about it, Titus is obviously the one who looked his mom’s way. However, Loki got all the attention for being naughty. A better way to go about it is, “Boys.” “Yes, Titus! Good boy Titus!” and treat. Then, when Loki finally figures out that Titus gets the rewards for paying attention, he will get the game. And, when he does, “yes, Loki”.  Again, if you spend ten seconds a day just practicing attention; your dogs will be much better at giving attention.

If you get frustrated dancing around to get your dog’s attention, take a step back and spend just a few seconds every day to teach him to pay attention when you ask for it. Time well spent! And, we bet both you and your dog will enjoy each other more! 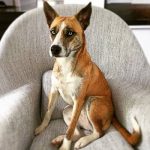 Oh, Sinna. We remember those icy blues and uncertainty the first time we met her. And, how patient her parents were while … END_OF_DOCUMENT_TOKEN_TO_BE_REPLACED